In the spring 1010, Emperor Ly Thai To founded his capital, which he figured ‘Rising Dragon’, on the banks of the Red river. Almost a thousand year later, Hanoi remains Vietnam’s political centre with its crowded streets lined with reminders of its long and tumultuous history, a both gracious but growing city. You’ll find the Temple of Literature, a bastion of Confucian scholarship founded in 1070, an Old Quarter of winding alleys, traditional shop-houses and crowded markets; tree-lined avenues flanked by imposing French colonial villas and the Soviet-style mausoleum built in honor of the man who led the country to independence, Ho Chi Minh.

A Glimpse of Vietnam 12 days

Travel Specialist -
...
WHY BOOKING WITH US?
98% of our clients and travelers worldwide rate us excellent on the famed TripAdvisor
We house a team of passionate and professional travel experts in the region
More local allures and unique experience, enriching your lifetime memories
We follow every step of your trip & take care of you as to a close friend or a family member
Local price, high-quality tours, secured payment options
60.000+ happy clients have planned their private trips with us since 2008

Ready for your lifetime experience in Vietnam? Our team is around the clock 24/7 to plan your most memorable holiday
Email us
Skype us 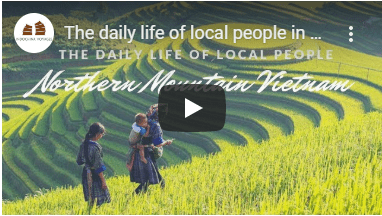 CONNECT WITH US
QUICK QUESTION