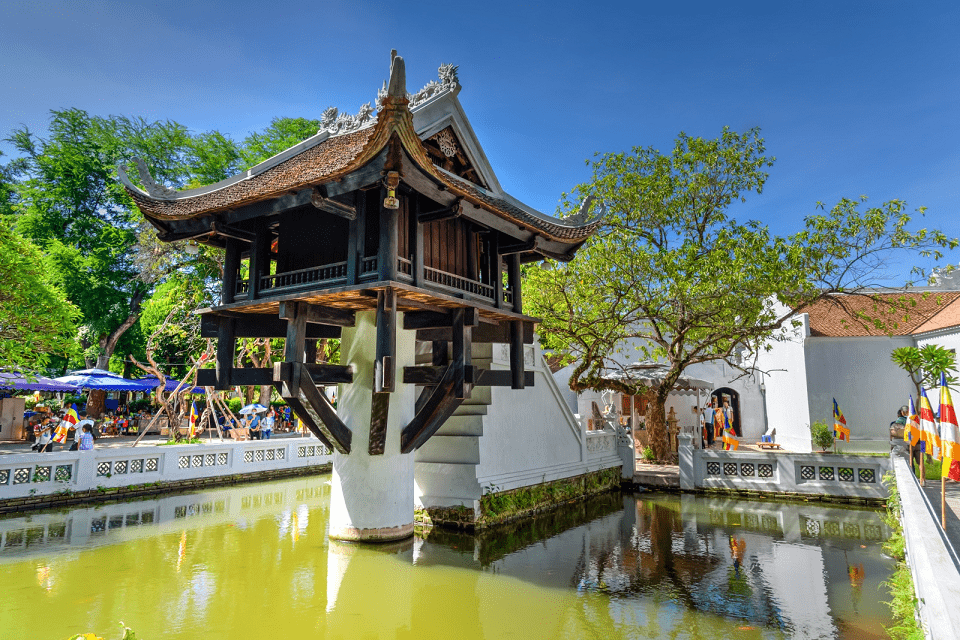 As the legend goes, One Pillar Pagoda itself owns sacred and iconic symbol of Vietnam history in Ha Noi. We would love to remind travellers of One Pillar Pagoda beside Perfume Pagoda which conveys national cultural and historical meaning, have to mention!  Years have gone by mark the architectural splendor that the century old country has grown. Built in a style of a lotus emerging out of the water, let’s take a deeper look inside this unique shape of One Pillar Pagoda.

Once upon a time, Emperor Ly Thai To of the Ly dynasty one night dreamt that he was granted a private audience to the Bodhisattva Avalokiteshvara, who was seated on a great lotus flower in a square-shaped lotus, would give him a baby as his wish. Indeed, months later, the Queen successfully gave birth to a male child. In the honor of the Bodhisattva Avalokiteshvara , the pagoda was under construction in 1954 supporting by only one pillar to resemble the lotus seat of his dream. During the Ly Dynasty era, the temple remained as the most divine place where almost annual royal ceremonies were held on the occasion

Once you pray here, it may invoke well-beings, prosperity, blessings of fertility and health. Special lotus shape of together with the legendary story deserves to be great travelling destination of visitors. Designed to resemble a lotus blossom in the muddy pond, One Pillar Pagoda stands for the symbol of purity!